Weighing the Benefits of a Cashless Economy 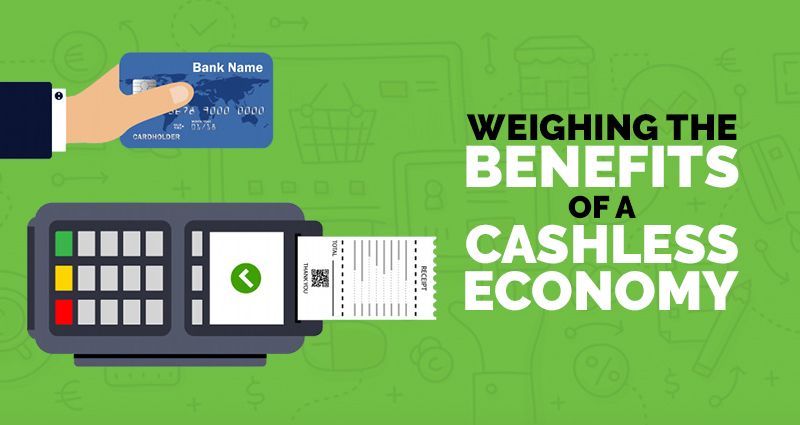 Home » Weighing the Benefits of a Cashless Economy

Weighing the Benefits of a Cashless Economy

Money was originated as a mere exchange tool for buying goods and services but it has helped us achieve a lot more than that. The evolution within the banking and finance industry has been on an unprecedented scale. With the growing internet penetration, the digital world has taken the front seat and is steering the wheels of the global economy. The new wave of evolution within the banking and finance industry is being led by Fin-Tech companies that are focused on building cashless payment systems.

This has created an economy in which people are more used to paying for the goods and services electronically with the help of their smart devices. This growing use of digital or electronic transactions has given birth to the modern cashless economy. Cashless payment systems in India have seen a dramatic rise in the last few years.

Services like digital banking and e-wallet have been popular among users given the convenience it brings. The cashless payment systems are the new norm.

Pros & Cons of a cashless economy

One of the most eminent gains from a cashless economy is in the form of improved efficiency in payment systems. In the digital economy, everything is faster as compared to the traditional one. You just have to open the smartphone application to feed the amount and send the money, it has never been easier and less time-consuming. The other linked benefit of the digital transactions is that you don’t have to keep a logbook for the details; you can access your transaction history any time you feel like.

Using the cashless payments system also saves you from money theft and provides more security as you don’t have to physically carry the cash around. This is very helpful when you have a high volume transaction which would’ve required holding a lot of cash. It also helps the regulatory authority to enforce taxes on transactions which could’ve been avoided in a cash economy, in totality the cashless economy helps in the reduction of financial crimes.