Advancements of AI in Space Exploration 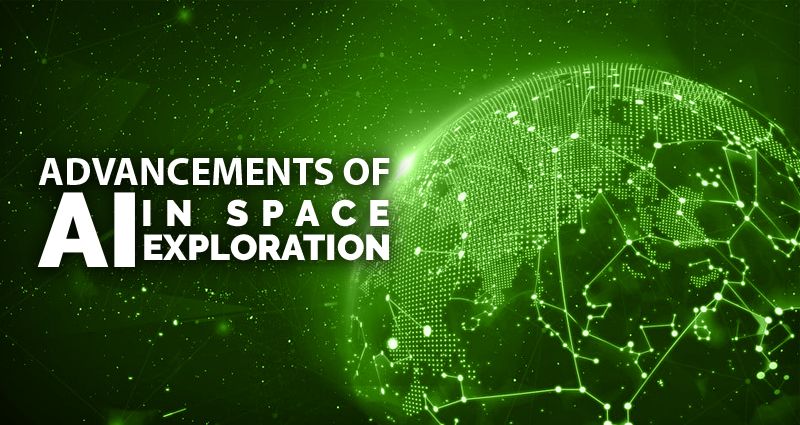 Advancements of AI in Space Exploration

Machine learning is a specialised branch in the AI domain that deals with training machines to develop intelligence that can enable them to do complex tasks by using their intelligence. Machine learning algorithms use tons of data to help machines get familiar with diverse scenarios that they can face. It enables machines to learn from their training experience and use them in real-life scenarios.

Space exploration has always been of interest to scientist and governments across the globe as it holds the key to the origin of mankind and many marvellous wonders of the universe including the possibility of alien lives. The recent developments in the field of machine learning and artificial intelligence have paved the way for advancements in space exploration. Let’s delve deeper into some of the recent achievements of AI in space exploration.

The artificial intelligence technology helped NASA and Google in making a breakthrough discovery by identifying two obscure planets. Out of the two new planets discovered in Kepler 90, the Kepler-90i has a rocky surface and revolves very closely around its star, even closer than Mercury revolves around the Sun. Now how did AI help to discover these planets?

The data stored in the Kepler’s telescope was entered into the AI systems that used their complex algorithms to make these discoveries. The scientists involved in this finding used their trained neural networks which had data sets that already contained detected planets. The primary objective was to check whether it can differentiate between real planets and false ones that could be asteroids or dwarf planets.

AEGIS stands for Autonomous Exploration for Gathering Increased Science. The primary application of AEGIS has been on the Martian curiosity rover and it’s being used since 2016. This AI algorithm has successfully helped to select targets for its chemistry and camera complex remote geochemical spectrometer instrument. It is useful in evaluating the chemical composition of the soil in a given region. It uses the laser-induced breakdown spectroscopy and high-quality pictures of selected regions within Mars’s troposphere.