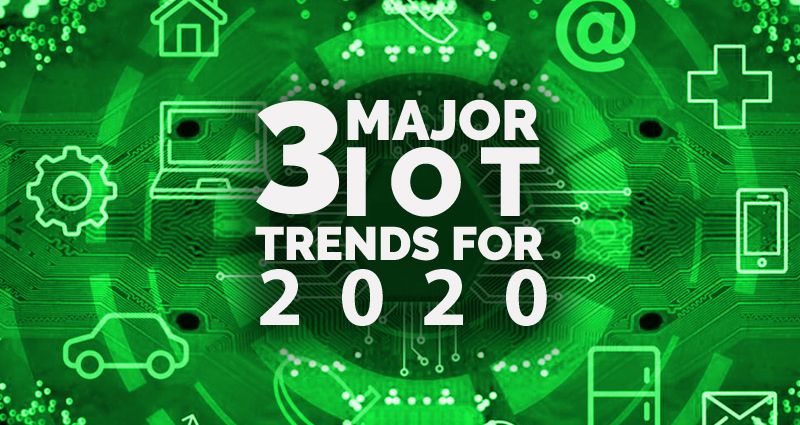 Ever since the internet came into existence, our life has been greatly influenced and shaped by the Internet of Things (IoT). We are reliant on the use of progressive technology for our day to day needs and the internet has been at the core of all prominent revolutionary technologies. IoT has helped mankind achieve an unparalleled feat that wouldn’t have been possible otherwise.

So what exactly is IoT and how does this all work? Well, IoT can be understood as a robust system that connects electronic devices to the internet and other connected devices. It’s more like a massive network where all things connected to the internet can be leveraged to share data and important information. Let’s delve deeper into some of the major IoT trends that will shape the future for good.

Blockchain is another revolutionary invention that came into existence with the help of internet. The applications of this marvellous technology expand beyond the crypto-currencies. The use of blockchain technology can help to avoid the majority of middlemen in the transaction process. The transactions carried out using blockchain are safe and secure and can’t be altered at a later date. This makes blockchain an important and indispensable element for cyber-security.

Smart home devices will eventually become a norm given their growing popularity among the customers. IoT based smart home devices are playing a major role in easing the daily chores for people. It is increasingly being used for entertainment, communication, shopping, etc. by modern consumers. It also boosts their productivity by carrying out all trivial tasks that earlier required human intervention. Innovations in this segment are expected to boost the functionality even further.

This article aims to edify the reader on the applications and use of IoT technology. It highlights some of the prominent IoT based trends that will help to shape the future.