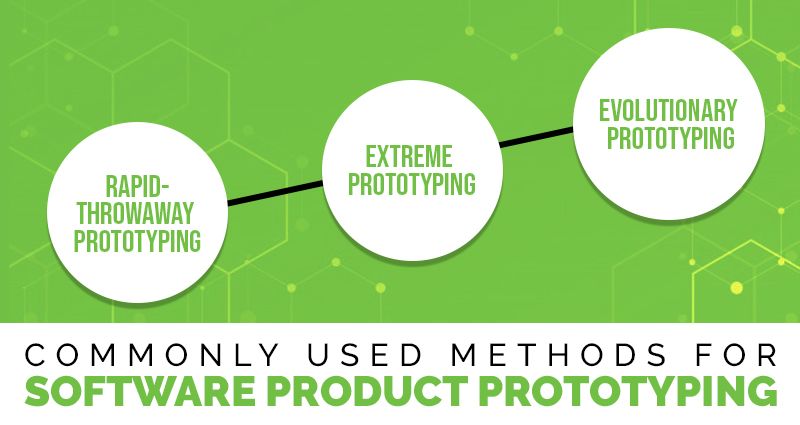 The software prototype helps to demonstrate some aspects of the original model that helps to decide the future course of action needed to develop the software. It gradually bridges the gap between idea and the actual product.

Software prototyping is immensely useful for players in the tech industry as it helps to save a lot of costs that might have been incurred if the software product was not properly tested in the early stages. The prototyping process also helps to visualise and obtain the look and feel of the product.

It helps to materialise your idea and thoughts. Also, the feedback obtained in the prototype stage helps with proper development of the software after incorporating the changes. Let’s peep into some of the commonly used types of software prototyping.

It is considered as the most rudimentary form of prototype developments. This method of prototyping is initiated after incorporating the basic requirements of the software. It helps to materialise the idea of the product and gives a glimpse into what it’ll look like. After obtaining feedback from the stakeholders the changes are implemented and the prototype is built again reflecting those new requirements.

This type of prototyping entails iterations to a prototype after getting feedback from customers and implementing those changes until it’s considered as acceptable. A series of continuous change is better than developing a new prototype for every new feedback. It is useful in case of new technology being used in the software development that has not is fully explored. It caters to an unsure requirement needs at the initiation of a project.

This prototyping method is used in web development projects. The developments are carried out in stages and there are three main phases of development in this method. These are carried out to create a more functional prototype that has a close resemblance with the actual software. The static prototype is the first phase of this development consisting of HTML pages and data models to support the same. The second phase is related to the coding process in the selected web framework. Services are incorporated in the third phase of development.